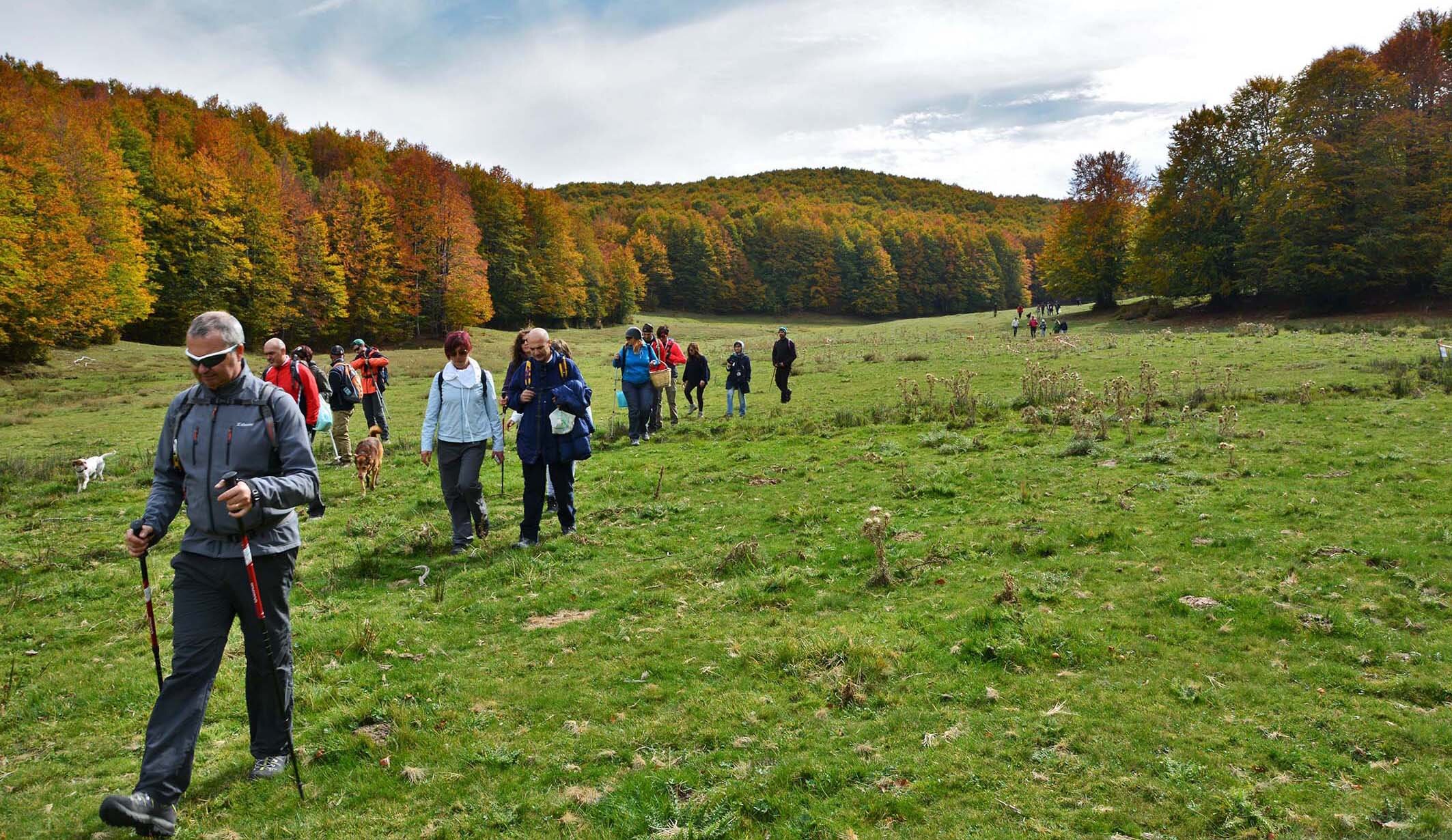 Top things to do in Sila

The nordic face of Calabria

Something about Sila (is this Calabria or Scandinavia?) 🥶😲

Sila deserves several essays.
We’ll realize detailed reportages, but now we are simply pleased to tell you some essential information.

It is the green lung of the Calabria region, an objective fact that is recognized by scholars from every sector.
Sila is the forest you dream of as a child.
It is the forest that one imagines when reading books.
Sila is the green refuge that everyone wants to reach, to get away from the hustle and bustle of urban life 💚🌳🌲.
It’s an all seasons attraction. So many things to do in Sila, pure emotions for young people, families and travelers looking for adventure.
Sila is the ideal summer forest for those seeking shelter from the heat of the beaches and the heat of the city.
In Sila we have endless hectares of valleys, expanses of trees and paths that are the joy of those tourists who love walking in contact with nature.
Sila is a perfect wood in winter, when the snowy landscape reminds us of Northern European scenarios and you take routes suitable for cross-country skiing ⛷.
It is a wonderful forest in autumn, when the suggestive foliage 🍂🍁 catches the eye, there is the smell of roasted chestnuts that envelops the senses and you go to the restaurant for a MUST TASTE DISH: tagliatelle with porcini mushrooms from Sila is the only thing you really want when it is lunch time.

The vastness of the plateau is remarkable: over 150,000 hectares of greenery extending between the provinces of Cosenza, Catanzaro and Crotone.
Various mountains alternate with the valleys, the highest peak is Botte Donato (1928 mt).
Geographers have divided the territory into three big areas:
🟢 Sila Greca, the north-east, almost on the border with the Ionian Sea;
🟢 Sila Grande, the center of Calabria, the widest part on the geographical map;
🟢 Sila Piccola, further south, close to the Catanzaro and Lametine plains.
On the plateau there are lakes and ponds, the best known (artificially formed basins with dams on the rivers) are Cecita, Arvo and Ampollino.
They are used for hydroelectric power and today they have become a tourist attraction.
The Sila plateau is bordered by imposing escarpments, alongside which two of the main Calabrian rivers flow, Crati and Neto, which “plunge” into the Ionian Sea.

The name Sila and some geological news

Ancient classical geographers couldn’t set up toponyms and bounds, moving through the mountains, because original Calabria was an immense forest, from Pollino to Aspromonte.
Just think about a wide green Calabria covered with trees and plants.
Let’s take one big step back: some scientists suggest to imagine Calabria, 50 millions years ago, as a group of islands: only current peaks surfaced in that primordial sea. Then, very gradually, water moving back and raising of Earth crust were the two conditions to look like today’s appearance.
A climate more temperate was appropriate for woods growth. So classical writers could see the overwhelming width of that long and wide forest: Greeks called it “hyle”; Romans said “silva”, they vaguely named the vast wooded territory from north to south. Sila probably derives from those words.

The symbols of the Sila National Park

The Silan Wolf is the emblem that appears on tourist brochures, but we think it is also something more.
The wolf living in Sila is the force of nature personified.
The wolf is freedom, resistance, mystery 🐺.
At the moment it is not possible to say how many wolves are present in the protected park.
However, we know that this species characteristic of the Italian Apennines can weigh on average about 35 kg and has a smaller build than North American or North European wolves.
The extraordinary biodiversity of Sila is at the center of important international studies.
Among the trees, the one chosen as the symbol of the park is the larch pine (it is a subspecies of black pine…).
Together with it we can see giant trees such as beeches, some types of oak, chestnuts, maples. Trunks and leaves that distinguish the Silan landscape.
All these visions inspire a nordic scenario, it really feels like being in Scandinavia.
Some chestnut trunks have a record of ten/eleven meters in perimeter and are eight hundred years old !!
Some pines exceed the height of 40 meters (Giants of Fallistro 😍).

Naturalistic museums in Sila, animals you can see (and love)

The Cupone’s Centre is located at the Cecita lake in the municipality of Spezzano nella Sila, it houses an environmental education centre, a museum and a botanical garden.
From here you start to reach some nature trails that also lead to curious wildlife observatories 🦌 🐿 🦉.
Every child drags their parents over there, animated by the desire to see a deer or a fallow deer!!

Trekking, mountain bike, skiing and snowshoeing:
which sports and which excursions can be done in Sila

The national park has got a rich network of well-kept trails, marked on maps by the Italian Alpine Club and other commendable associations of walkers and sportsmen.
The level of difficulty of the trek can be different, but there are paths where everyone, people of all ages, can make healthy walks.
Core Calabro is able to advise you on the best itineraries, the most adventurous ones and the most scenic ones, as well as to guide you in the woods in the company of super specialists (geologists, botanists and zoologists) to live unique experiences together.
Think about the didactic walks, an excellent trekking with botanical experts who explain the Sila flora in detail.
🐎 🧗‍♂
In Sila you can make sensational excursions by mountain bike or on horseback.
Even more fun are the obstacle courses, exciting challenge in the adventure parks, areas equipped to let the people experience crazy emotions.

In Lorica, in Camigliatello Silano, or in villages like Palumbo Sila, from December to February ⛷🏂 it is possible to do amateur skiing, or to roll in the soft snow after a descent with the sled, or awesome snowboarding experience!
Among the most popular activities of recent years there are snowshoeing, they are simple excursions on the snow with snowshoes that allow you to better trample the snow mass.

An experience full of charm is definitely the rail tour in the park.
Using the old steam train, 🚂 you leave from Moccone, pass through Camigliatello Silano and arrive at San Nicola – Silvana Mansio (1405 meters above sea level), the highest narrow-gauge railway station.

Typical products of Sila … it would take a separate book to tell them all!
The great agricultural and pastoral 🐄 vocation of the area is a secular culture.
Sila is a land for food lovers.
Gourmets on tour around the beautiful Southern Italy are very hungry as soon as they put their nose out of the car window, in Sila.
Caciocavallo (PDO designation) 🧀, mushrooms and 🥔 PGI Sila Potatoes are 3 ingredients that will make you fall in love with this magnificent land.