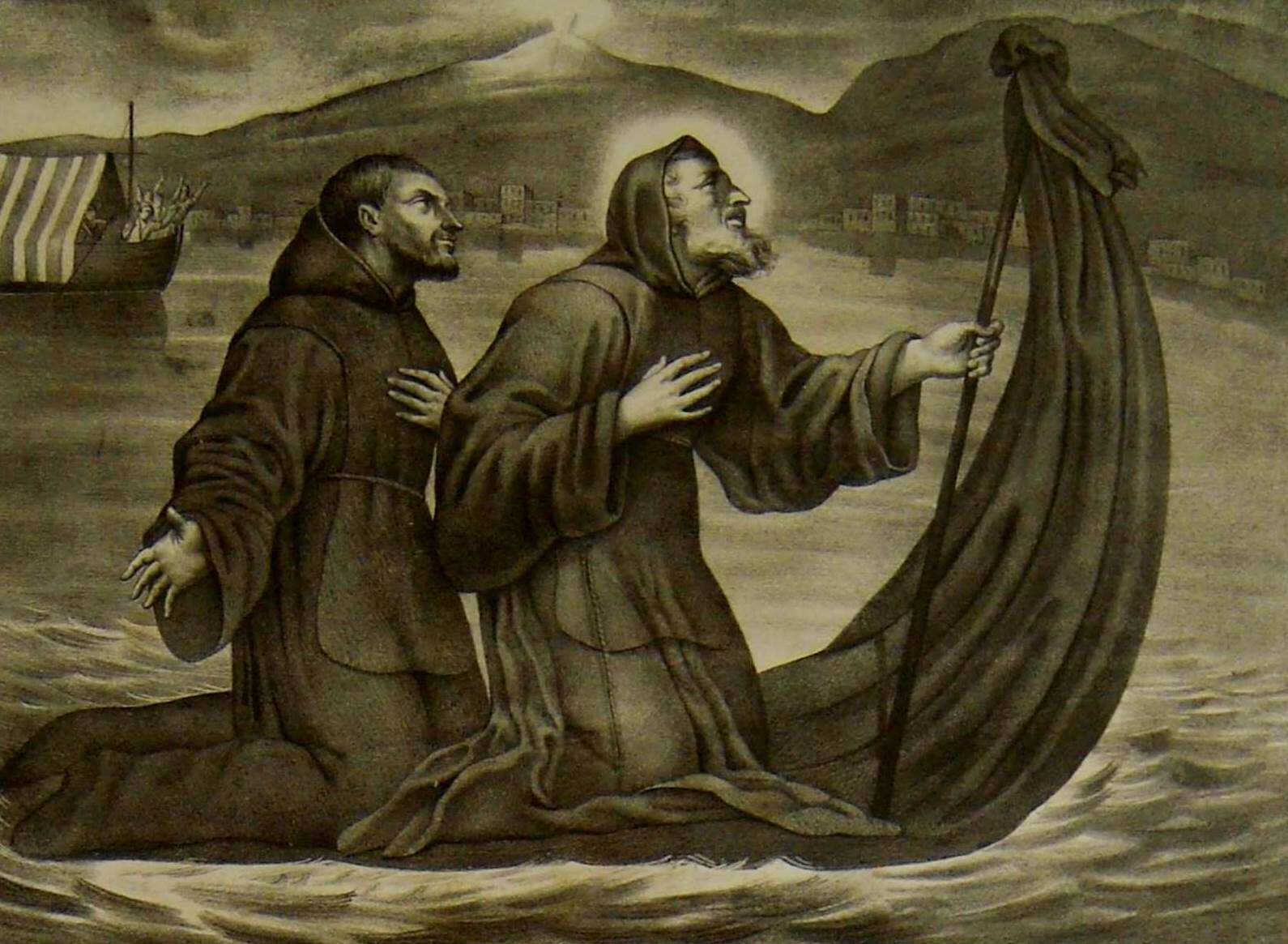 The story of a wonder: the iconic san Francesco di Paola crossing the Strait of Messina by his overcoat

How the story of the miraculous passage on the sea to reach the Sicilian coast was born. Has he really used a cloak as a raft (or sail) ?

Francesco di Paola, what a story… it would be necessary a documentary in episodes to tell it all. May of 2019 was the 500th anniversary of the Canonization, that glorious 1st May of 500 years ago was celebrated. Before 1519 the “trials” were carried out by the ecclesiastical authorities to ascertain the truthfulness of miracles and healings, a series of testimonies that can be consulted today in the archives and on books edited by meticulous historians.

About the various miracles, or supernatural interventions we would dare to say, it is precisely the well-known episode of crossing the Strait of Messina that is probably the most romanticized, or even invented. Let us say that Art – in its many forms, even Music – has now crowned that episode as a symbol of the history of Francesco di Paola. History scholars are much more cautious. Only two witnesses in fact, among the hundreds of auditions, talk about it. The most articulate story is told by a religious from the town of Arena, who however speaks of a story handed down to him by his father. Francesco was going to Sicily, it’s about the 60s / 70s of the ‘400: he probably accepted the invitation of his followers to evaluate the project of a Minimi convent in Milazzo, which will be done in the following years. On a beach close to Reggio he asked a boatman for a ride, he begged him to sail away with him for free, towards the Sicilian shore. He had a refusal, such Pietro Colosa would have done it only for a fee, but our saint had nothing to give him. In a few minutes of reflection he absorbed the refusal, then those people there saw Francesco walking on the water.

Pay attention: still, at the time of the trials, the image of the cloak used as a raft or as a sail had not emerged ⛵ . The iconography, as we know it today, began to spread at the end of the ‘500, perhaps thanks to Ignazio Danti. This artist had been commissioned by the Pope the “Gallery of Geographical Maps” – which can be visited in the Vatican, it is a vast corridor, beautifully decorated, which leads to the Sistine Chapel: the place where the pontiff “went for a walk in Italy without leaving the Palace”. Right in this large room Danti should have been the first to represent him in the act of crossing the sea, while standing on his dark overcoat. The saint in navigator version appears in a fresco near the map of Calabria… and many of you will be curious to see it ☝ . This time the web does not help us, so we have to go to the Vatican palaces!!

Giacomo Sorrenti – author of a valuable research – said this «fresco can be considered as the canonization of the miracle performed by the saint on the Strait because, among many miracles and in the face of many hagiographic anecdotes, probably more documented, this – with that of the fiery furnace restoration – was wanted in the rooms of the Pope, accompanied by the latin lapidary caption ‘San Francesco di Paola uses the mantle as a ship’. It is not to be thought that even the smallest representation present in such an important site has not been studied, carefully chosen, discussed with the pontiff and with a commission charged, by the same, to supervise the works, especially with regard to the religious themes» . Depiction approved also by the Minimi, for Sorrenti there is no doubt. Therefore, this image has become, century by century, the most famous scene representing the Patron Saint of Calabria and of the People of the Sea. 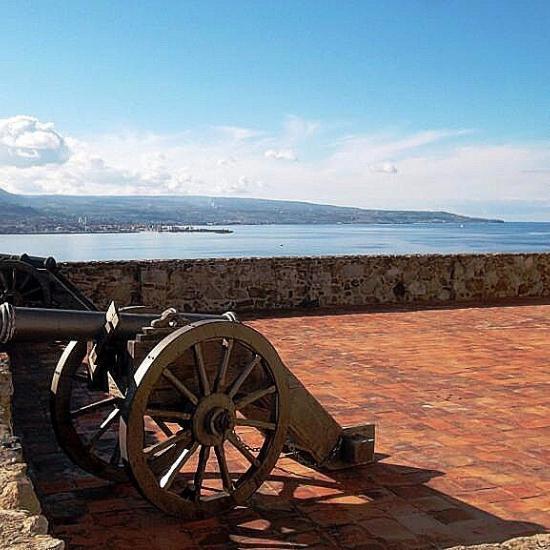 Joachim Murat, a fearless leader in the tragic French Decade in Calabria 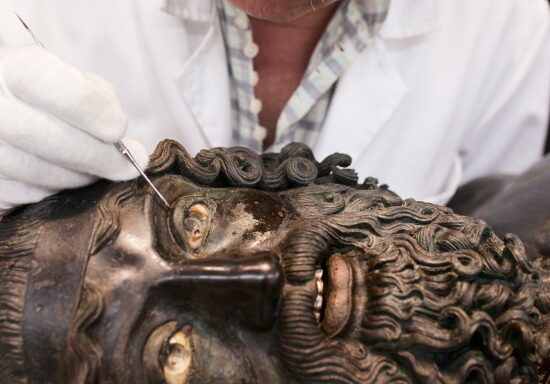