This travel plan is very ambitious, because the main idea is to lead tourists inside both beautiful regions, inside that magnificent area of the Pollino Massif, the natural heaven dividing Basilicata (also known as Lucania) from Calabria. We chose a mix of destinations and cultural events that will bring us to Matera, European Capital of Culture in 2019, walking through the fantastic Pollino National Park, an immense mountainous landscape patrimony that holds Calabria and Basilicata together as a hinge. Land of thousand-year-old loricate pines, of mountains over 2000 meters with limestone cliffs, land of deeply rooted popular traditions, which botanists, geologists and anthropologists consider as a privileged field of study.

The tour will stop in several territories, each one with its distinctive character, straddling the two regions, therefore for overnight stays it will be preferable to plan at least two hotel changes. The first stop will be in the urban area Rende-Cosenza, which is a motorway junction (former A3), crucial for accessing both the Ionian and the Tyrrhenian areas of the province of Cosenza.

Cosenza and Rende, one hour from the Lamezia airport, are convenient as a hotel location for another reason: it is a very dynamic urban area, they are two large commercial and cultural realities, which offer different places to walk in the shopping streets, as well as museums to visit; therefore they have many leisure alternatives for those tourists who remain on site instead of going on a group excursion. Rende is the house of the University of Calabria, the most important cultural institute in Calabria.

In the central part of the trip – two days you must spend in Matera and surroundings – it is advisable to stay overnight in a structure as close as possible to the Sassi area (UNESCO World Heritage List). Back in Calabria, it is definitely convenient to stop at one hotel between Castrovillari and Morano Calabro, especially in view of the last day, when there will be breathtaking naturalistic excursion to the peaks of the Pollino Massif.

Landscapes, nature, villages, art and archaeology make up the offer of this varied Calabro-Lucano Grand Tour, in the most prosperous and least known part of the Boot. Many towns to be explored are within the vast border area between Calabria and Lucania (it is the last piece of the Lucanian Apennines), which can be considered homogeneous territory characterized by the influential presence of the Pollino mountains, an imposing natural setting that harmoniously divides the two regional backgrounds. 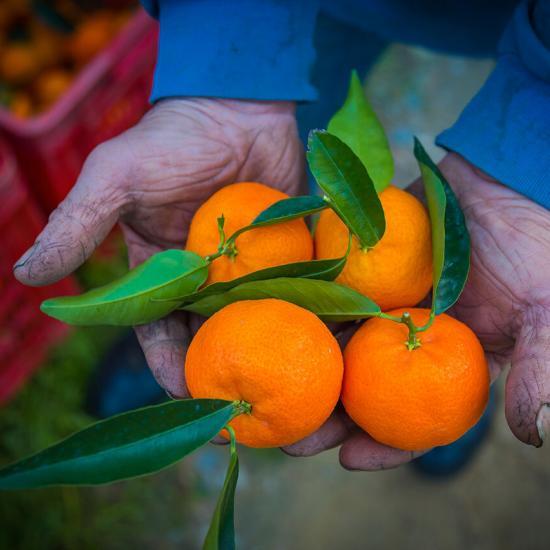 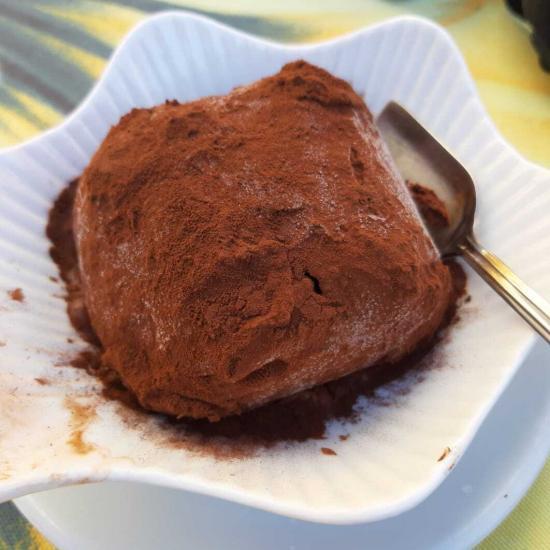 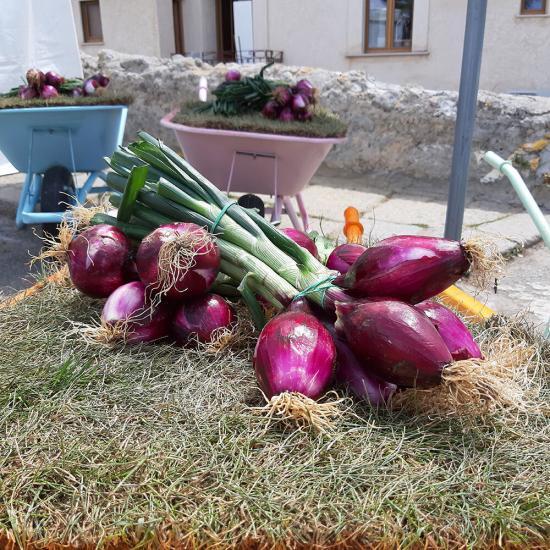 You can reach Calabria by plane or by bus/car. Transfer to the hotel in Rende (or Cosenza). On the central days of the trip there will be a change of hotel, to make an accurate visit to Matera and Basilicata, to avoid wasting many hours on the road. We will travel along the Ionian coast, the western shore of the big gulf of Taranto.
2 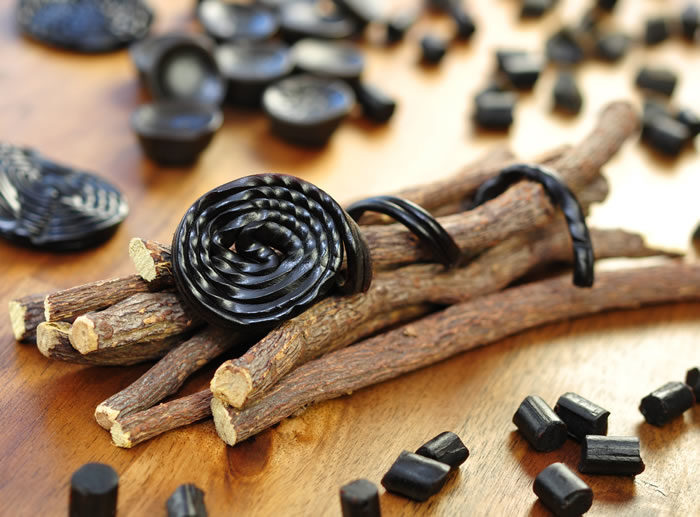 The debut of the Calabrian tour will feature the Byzantine cultural heritage and the archaeological evidence of the Magna Graecia and Roman civilizations. In the morning we will be in Rossano Calabro in the Cathedral of the Santissima Achiropita, and then in the diocesan museum, chest of the famous Codex Purpureus. This is a precious manuscript of the New Testament, in the format of 200x307 mm, in purple colored parchment, the flagship of the Byzantine artistic production. Scenes drawn as amazing miniatures. We will go in the old churches dedicated to San Marco and to Panaghìa (one Byzantine model of the Virgin Mary). Packed lunch, or we can stop at a farm, or in a restaurant on the coastal state road. In the early afternoon it is possible to visit the Licorice Museum, with the attached shop of the famous Amarelli company, a great story applauded all over the world. Around 16.30 we will enter the Archaeological Museum of Sibari. We will also visit the excavation area, near the mouth of the Crati, to analyze the Sybarite settlement system in Greek and Roman times. In the museum there is the Toro Cozzante, rare bronze exhibited for months at the Egyptian Museum in Turin. Codex museum entrance: 5 euros; 4 euros for groups (at least 20 units), 3 euros for school children 7/14 years, free for children. Sibari ticket: 5 euros, we’re gonna check for reductions.
3 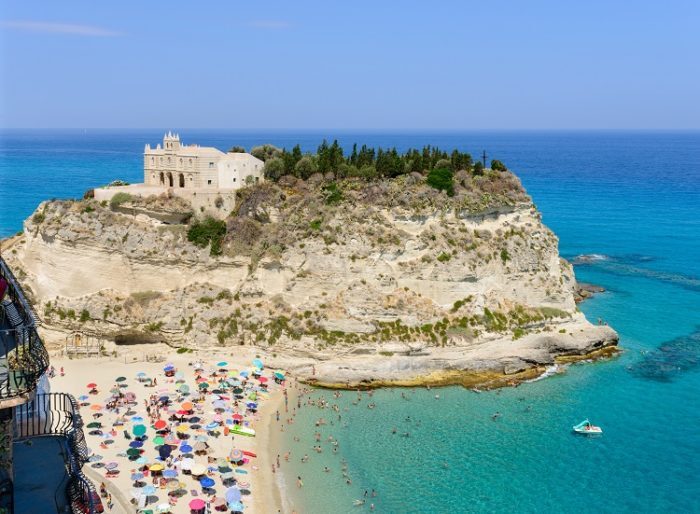 Tropea, the most famous sea panorama

Morning tour through the alleys of Pizzo Calabro. Walk on the panoramic terrace of Piazza della Repubblica, you must taste the well-known Tartufo ice cream, the most popular pastry specialty; then, guided tour of the Murat Castle and the Cathedral of San Giorgio. Packed lunch or restaurant. Afternoon stroll through the cute old town of Tropea. Visit of the Cathedral of Maria Santissima of Romania or, alternatively, of the church of Santa Maria dell'Isola on the big rock, with a breathtaking view of the most famous sea corner, the beach portrayed by every photographer who arrived in Tropea. You can stay for dinner in a local restaurant to try some typical dishes based on red onion, blue fish, tuna and vegetables. Murat fortress ticket: 3 euros per person. We're going to verify if there are lower fares for groups.
4 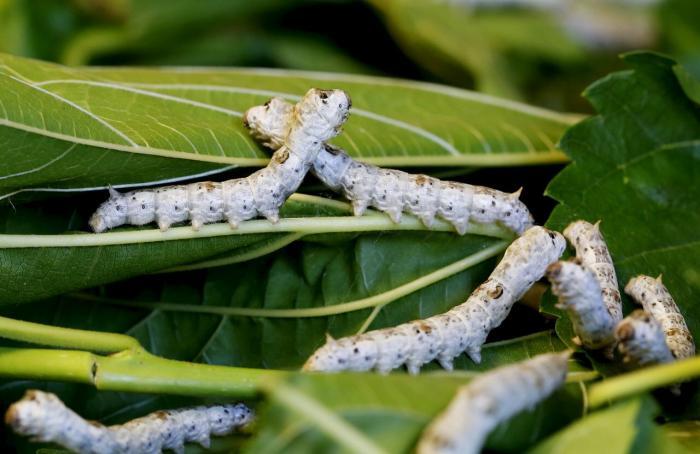 You will admire the archaeological area of the Scolacium park - the authentic Roman Calabria - in Roccelletta di Borgia. In addition to the Scolacium forum, whose excavations stand out in the middle of a lush olive grove, we will contemplate the majestic architecture of the red brick basilica of Santa Maria della Roccella, formerly a Byzantine monastery and then an abbey church at the time of Norman domination. The lunch break will take place in a very special location, at the agricultural laboratory of the Nido di Seta cooperative, in the countryside of San Floro. Here we will meet the story of two young entrepreneurs who have taken up silkworm growing; they will show us the silk extraction and its processing. Scolacium ticket entrance: 5 euros per person. We're going to verify if you can pay lower fares. Nido di Seta + lunch: 25 euros per person.
5 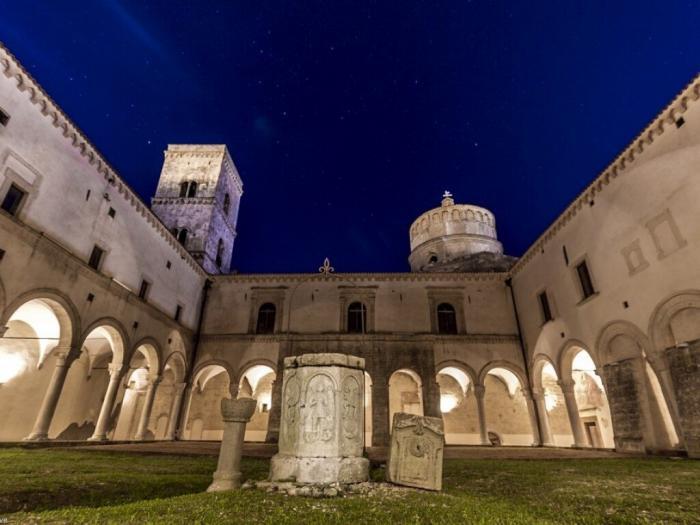 That’s the day to start of our rich itinerary in Basilicata. First stop to visit the archaeological site of the ancient Metaponto, on the Ionian 106 road. Next to the antiquarium you find the well-known Tavole Palatine, the mighty columns of the old temple dedicated to the Greek divinity Hera. After this archaeological trip, we’ll go to lunch in Montescaglioso, where you can also admire the elegant cloisters and the precious frescoes of the Benedictine abbey of San Michele Arcangelo. If there is a possibility, you can go to the mother church dedicated to San Pietro and San Paolo. We're going to reach Matera before dinner; accommodation in the hotel and in the evening stroll through the central Piazza Vittorio Veneto and via San Biagio, up to the medieval architectural jewel that is the church of san Giovanni Battista. Access to Tavole Palatine: to be defined. San Michele Abbey entrance: 4 euros, we’re gonna check discounts and reductions.
6 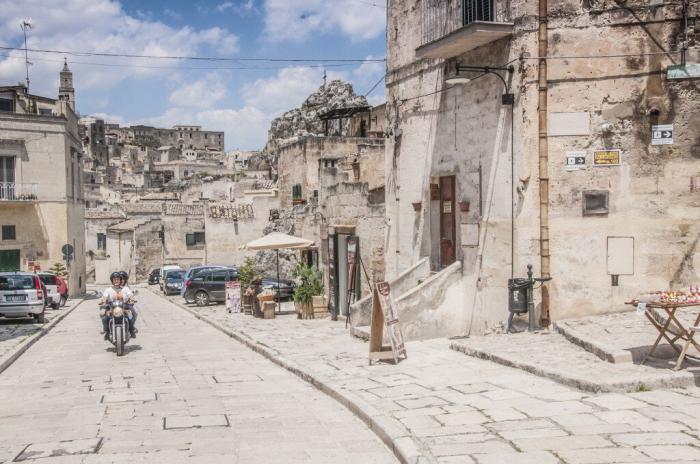 Matera and the Sassi

Pervaded by a deep emotion, we are going to walk in the European capital of culture 2019, the sublime Matera, Città dei Sassi. We will carry out a classic route to discover the two districts with a peculiar conformation, Sasso Barisano and Sasso Caveoso, appreciating the construction technique of excavating in stone. Among the most interesting religious and civil architecture, we will choose at least four sites. We will propose Casa Noha, managed by Fondo Ambiente Italiano, which explains the beauty of Matera's history with wisdom and narrative skill; then we will enter a characteristic cave house with various didactic installations; then the Cathedral of the Madonna della Bruna and Sant'Eustachio; finally the very particular rock church of Santa Lucia alle Malve; a unique experience could be the descent into the Palombaro Lungo, an incredible underground water cistern, which was created in the “bowels” of Matera (it is right under Piazza Vittorio Veneto). We’ll have lunch in a local restaurant. Each site has its own entrance ticket and its organization, but the local tourist advertising company will be our interlocutor to issue a cumulative ticket valid for all entrances.
7

We pack our bags to come back in Calabria. In Altomonte, a village of extraordinary beauty, we will visit the church of Santa Maria della Consolazione and then we will make an evocative journey in the nearby civic museum containing documents of a certain value: from the paintings of the Tuscan masters of the XIV century to splendid works by the school of Antonello da Messina, as well as a rich collection of wood and alabaster sculptures, furnishings and sacred vestments, reliquaries, precious books. Lunch on site, at a restaurant. In the afternoon it is the turn of the ancient Bruzio capital, Cosenza, where we return and where this time we will appreciate its great historical value starting from its urban roots, climbing up to the Norman-Swabian castle over Colle Pancrazio, to dominate the city from above. Excellent thinkers lived in Cosenza, it is a center full of artistic and architectural testimonies. In the "old town" we will visit the rich collection of paintings in Palazzo Arnone (MIBACT National Gallery), which also houses paintings by the great Mattia Preti. At the end of the day there is a visit to the Duomo. Overnight in the Morano-Castrovillari area. Entrance to the Altomonte civic museum: 3 euros, we’re gonna check discounts and reductions. Cosenza’s castle: full ticket 4 euros; 3 euros for groups booked, more than 15 people; 2 euros 6/14 years, journalists and university students.
8 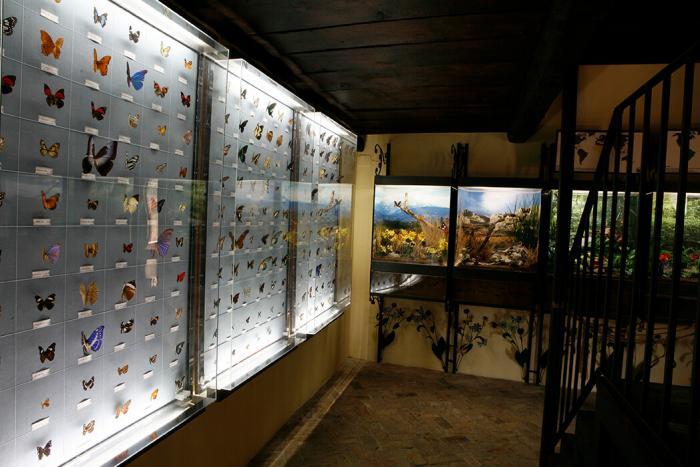 Morano is a village nestled against the foot of the Pollino mountains – which seem an "immense petrified wave" ready to pounce on you. Morano has a curious shape, it looks like a rice ball arancino pointed at the top. We will visit the church in which you admire the Bartolomeo Vivarini polyptych (1477), an altarpiece with 25 oil-painted panels, separated by a rich frame and a Gothic-Venetian carving. We will climb towards the top of the village to immerse ourselves in the most beautiful naturalistic museum in Calabria: the Nibbio. It houses high quality finds and faithful reproductions (dioramas) of the various fauna of the Pollino National Park. The entomology hall is amazing. Insects and butterflies, an incredible collection. Lunch in Civita, at a restaurant. Afternoon walk in the lovely small village, where you will visit, among many things, the church of Santa Maria Assunta and the original Kodra houses. Civita is one of the liveliest arbëreshë communities in Calabria. Vivarini polyptych entrance: 2 euros. Il Nibbio ticket: 3 euros. We're going to verify if you can pay less (discounts).
9 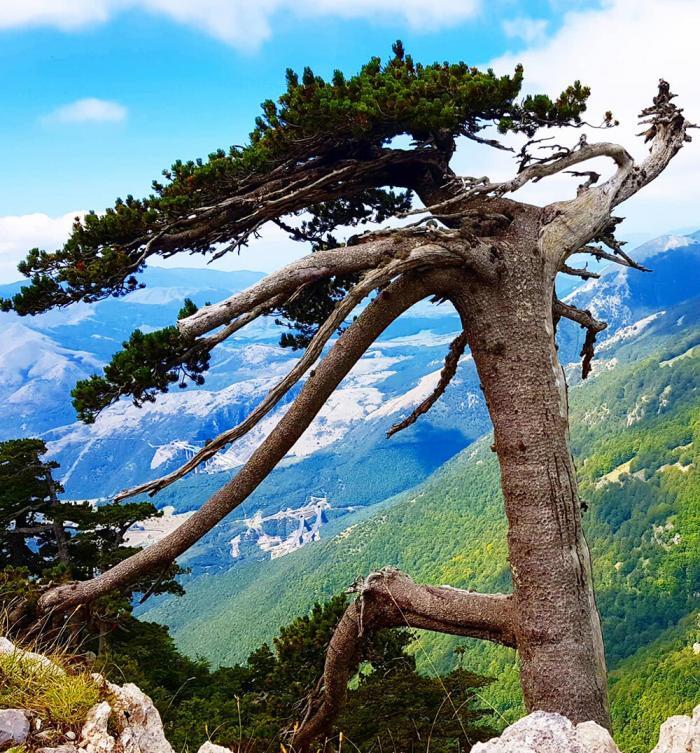 A very adventurous day, dedicated to the exploration of landscapes and mountains of the deep Northern Calabria - the Pollino Massif (there is one of the largest natural parks in Italy). Pollino is also that splendid orographic node that separates Calabria land from Basilicata. We suggest the ascent (trekking of medium-low difficulty) of Monte Pollino (2248 mt) or Serra Dolcedorme (the highest peak in Calabria, 2267 mt) accompanied by an expert environmental guide. Packed lunch. Comfortable shoes and clothing will be worn, with a backpack for some indispensable objects and materials for any first aid. The panorama that is contemplated from the summit is an invaluable experience. No ticket to pay.
10 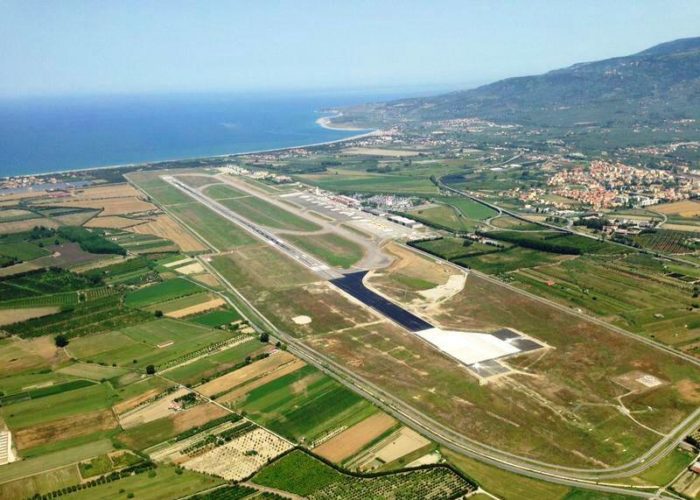 Wake up early, breakfast and you come back home. You can travel by bus to the airport of Lamezia Terme, alternatively the entire journey can be made on the highway A2 by bus. 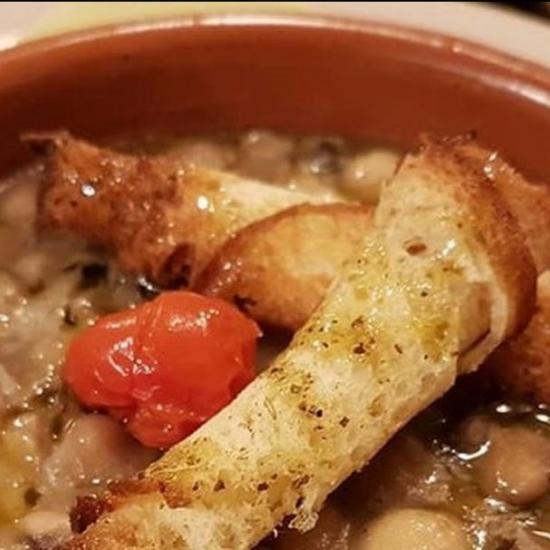 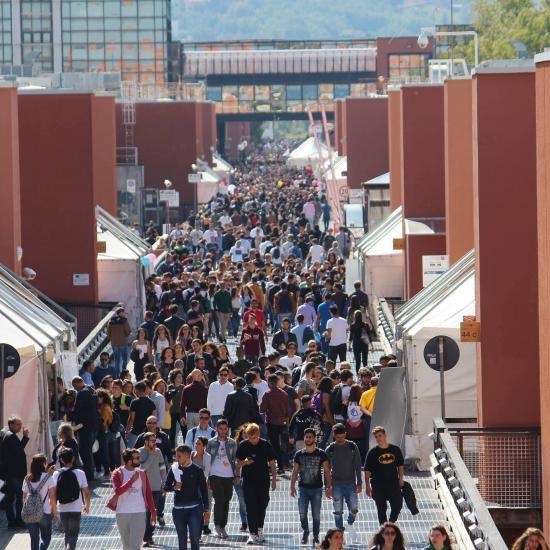 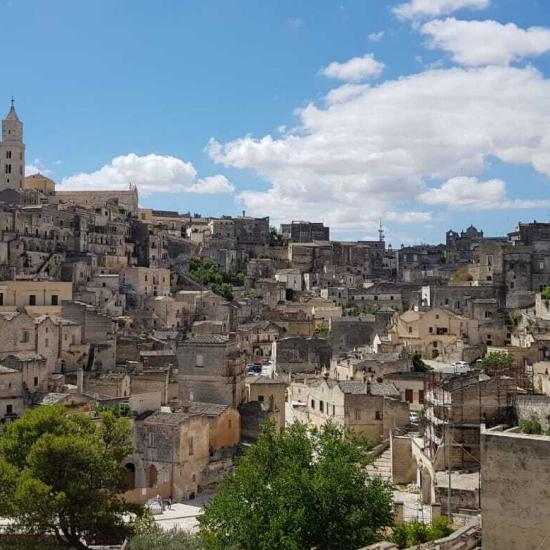 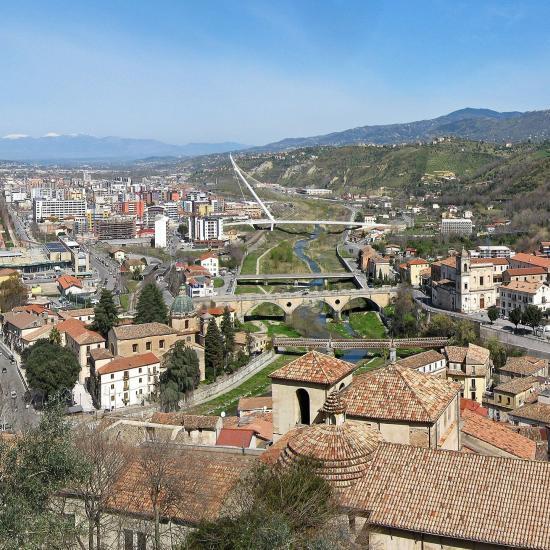 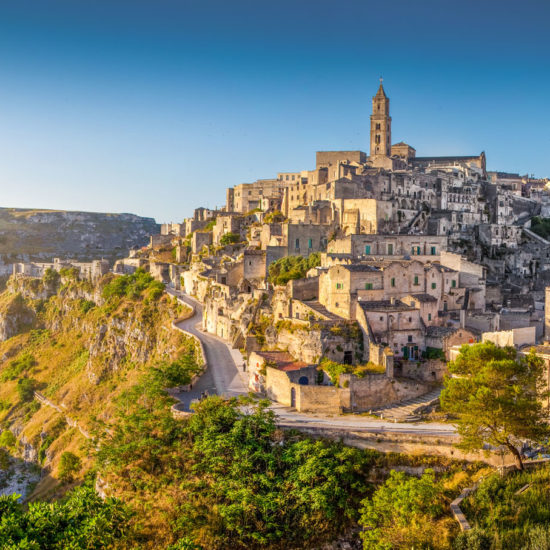 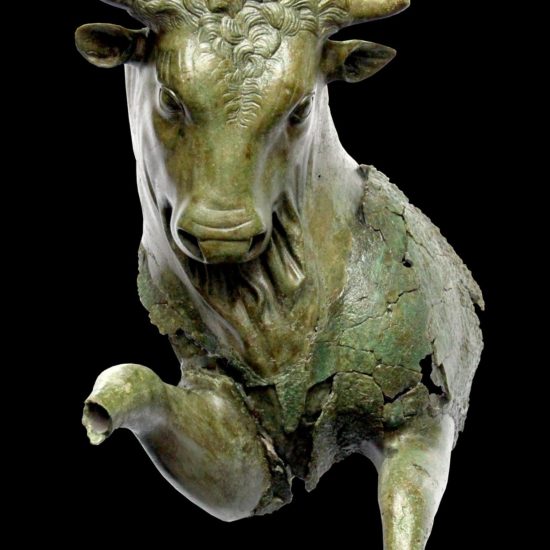 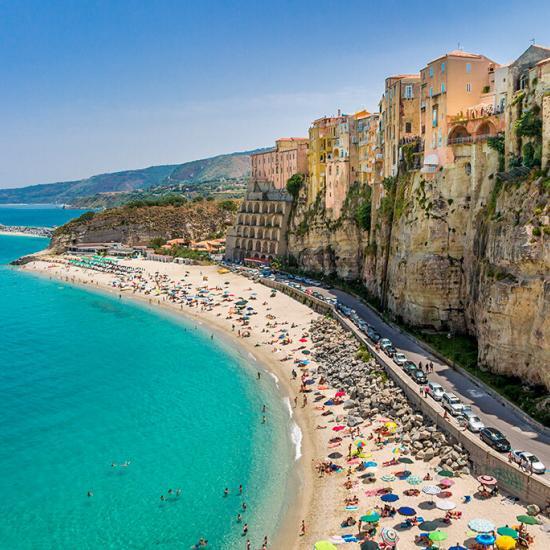 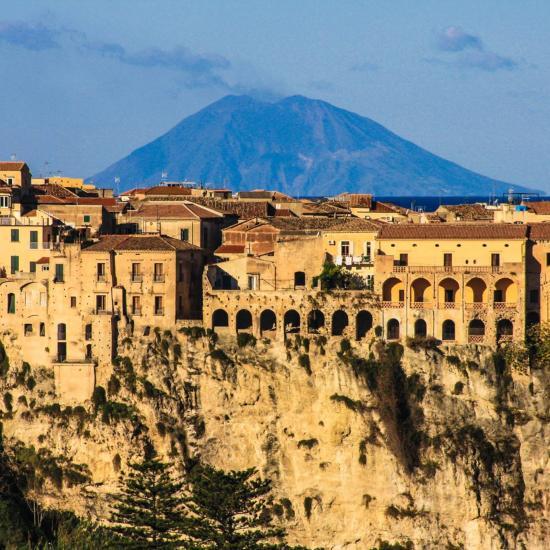 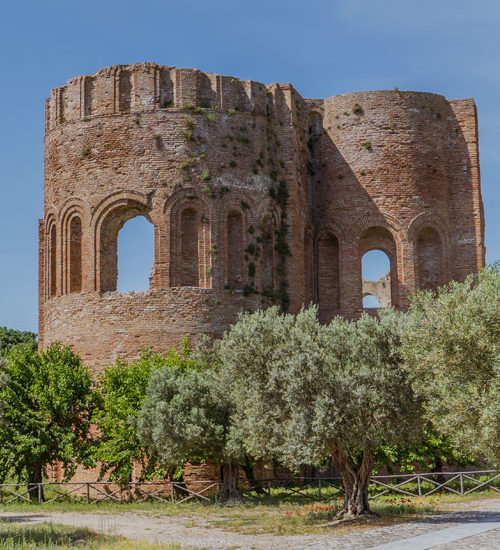 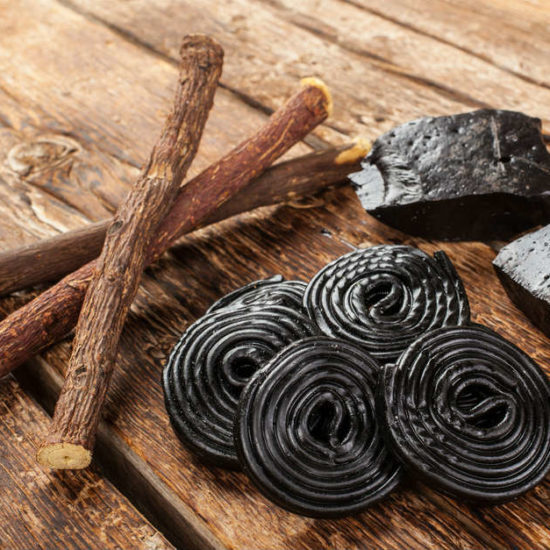 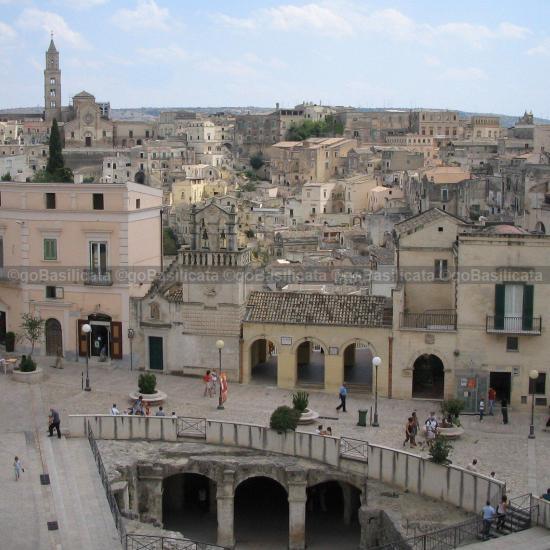 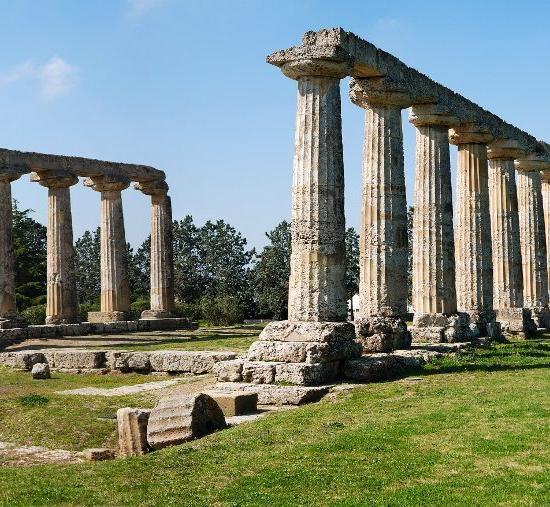 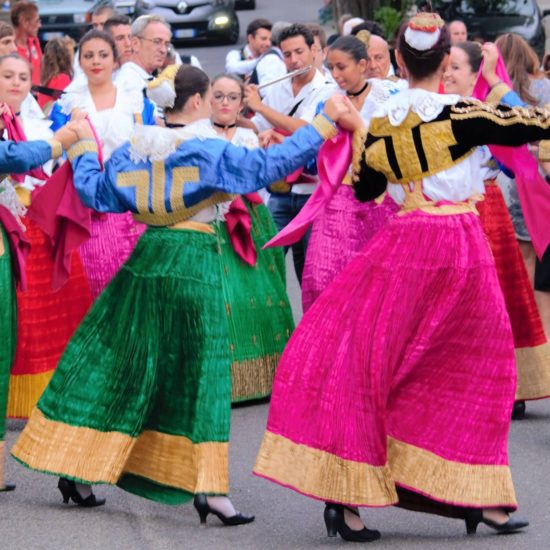 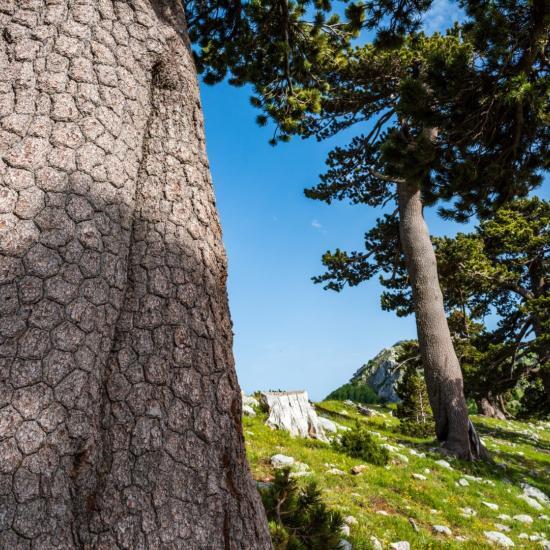 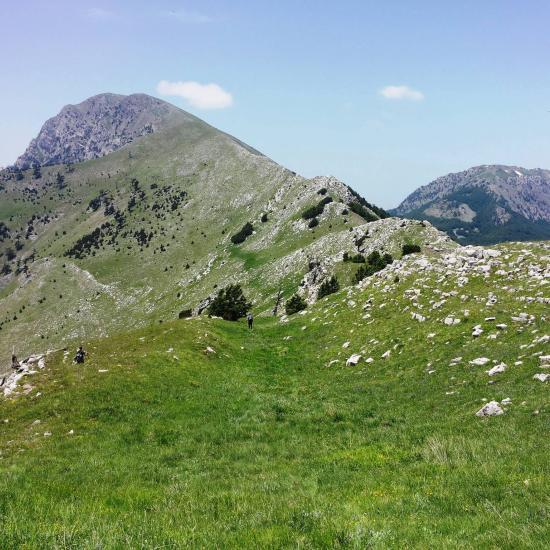 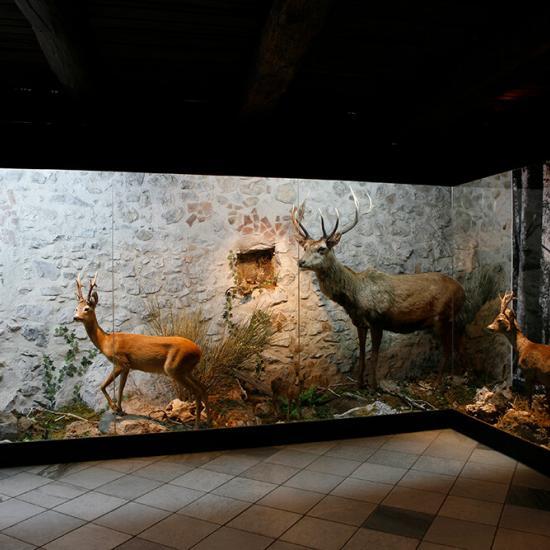